Sometimes shock value can be a big asset when naming and marketing strains. Originally called “Cush”, this strain was re-dubbed “Green Crack” by none other than cannabis connoisseur Snoop Dogg after he sampled its intense sativa effects. Although some still prefer the name Cush to sidestep any unwanted cannabis stigma, the love for this fruity and earthy strain is unanimous.

Need larger sizes? Give our sales department a
call at (833) DAB-JUCE. 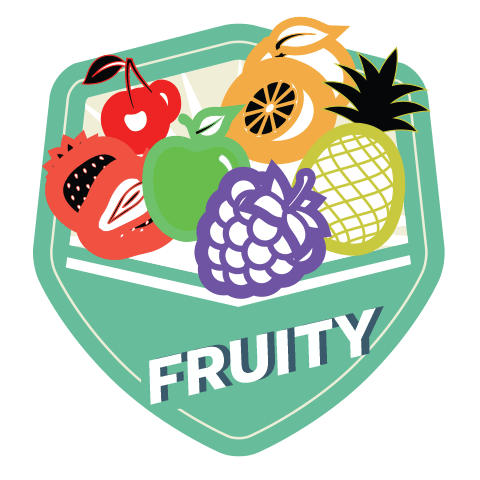 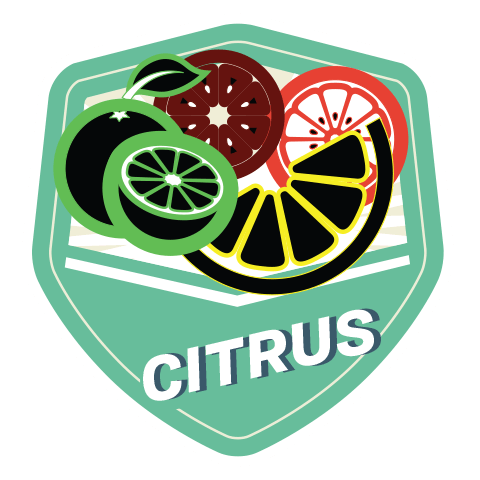 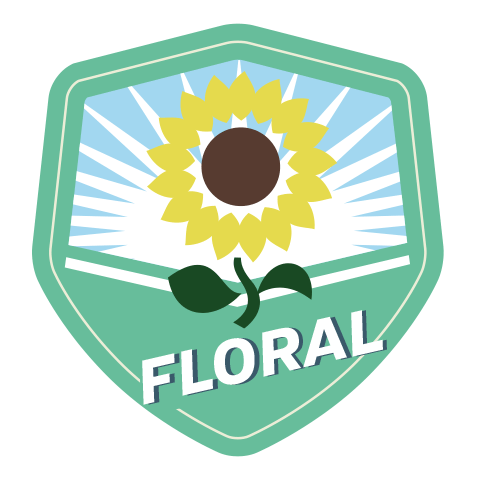 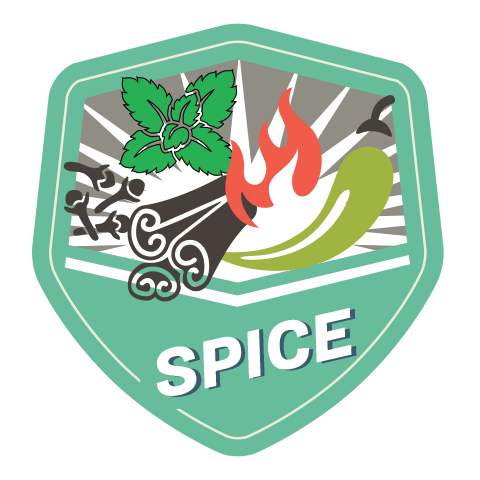 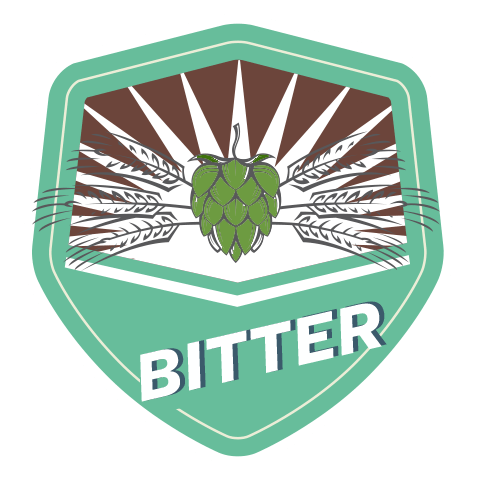 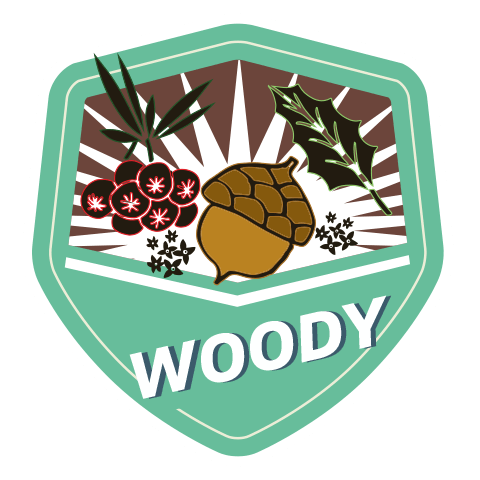 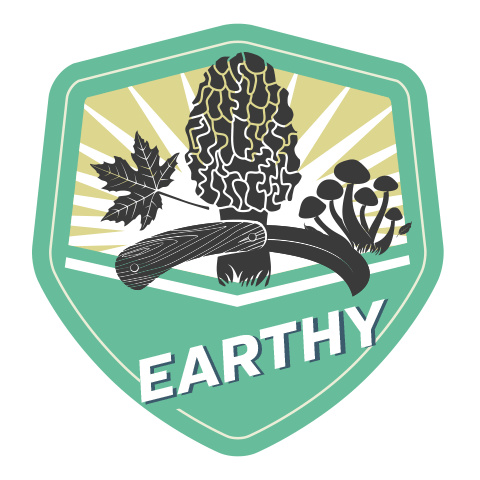 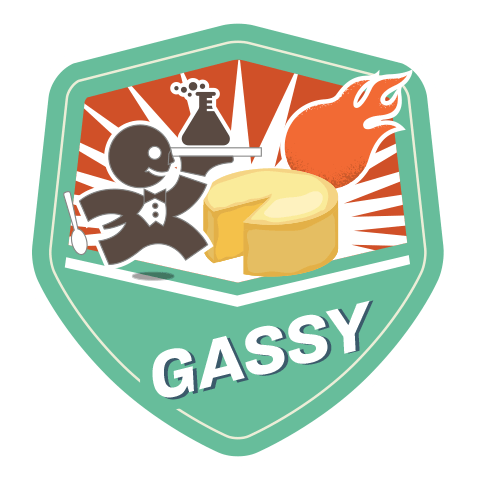 Sometimes shock value can be a big asset when naming and marketing strains. Originally called “Cush”, this strain was re-dubbed “Green Crack” by none other than cannabis connoisseur Snoop Dogg after he sampled its intense sativa effects. Although some still prefer the name Cush to sidestep any unwanted cannabis stigma, the love for this fruity and earthy strain is unanimous. Green Crack’s origins are disputed — originally bred in Athens, GA in the 1970s, it is descended from the ever-popular Skunk #1, but it may also have some Afghani landrace indica in its background. It delivers a trippy and energetic high that’s perfect for daytime use.

Green Crack has a classically indica bud structure, with dense buds that are more small and clustered than chunky. The leaves are pale green to yellow, although the pigments in some phenotypes can cause some leaves to be streaked with purple when plants are exposed to cold during the growing process. Rust-colored pistils stand out against the colorful flowers. The buds are also coated in milky-white trichomes, giving them a sticky texture and a glistening appearance. This visual appeal is matched by a dynamic scent. Cured properly, the flowers have a bright citrus scent with mellow undertones of earthiness and wood. The smoke is very smooth, and leaves a tang at the top of the palate and the back of the tongue, reminiscent of mango. On the exhale, smoke tastes vaguely hashy and spicy, perhaps evidence of Afghani in its lineage.

Despite mostly indica physical characteristics, Green Crack has a strong and buzzy sativa high.  It provides users with a boost of energy that soon manifests as a cerebral mindset, making this an excellent wake and bake strain. Green Crack’s potency can make mundane like dishes and laundry tasks more interesting. It’s also an inspiring smoke — its sharp sense of focus can help users zero in on creative projects or can draw attention to the nuances in a piece of music or a movie. Green Crack can also have some slightly psychedelic effects, including visual distortions and, particularly, an odd sense of time dilation. Because it can leave users feeling uplifted and fairly wired, this strain isn’t recommended for use late at night. Because it doesn’t have many physically relaxing indica properties, Green Crack doesn’t have a wide range of medical benefits. However, its energizing effects can be great for freeing users from fatigue. Green Crack can also aid those suffering from anxiety and depression, helping them to live in the moment — although in large enough doses, the tendency towards recursive cerebral thinking can plunge some into panic or paranoia.

Green Crack is a relatively easy strain to grow, and a good choice for newcomers to cultivation. It can flourish indoors or out, although outdoor growing requires a stable source of sunlight and consistent temperatures between 72 and 80 degrees Fahrenheit. It’s more easily grown indoors where conditions can be controlled. Plants can reach between 3 and 4 feet tall with strong lateral branching. Growers should practice “topping” when growing these plants, which involves trimming broad leaves at the top of the plant to allow light to reach the lower stalks and produce as many buds as possible. Green Crack flowers relatively quickly for a sativa, reaching maturity between 7 and 8 weeks when grown inside and ready for harvest in October when grown outdoors. The yield is average but solid, producing about 41 to 46 grams (or about 1.4 to 1.6 ounces) per square footage of plant. Growers should also take care to properly cure the harvested buds in order to preserve Green Crack’s taste and potency — curing involves first drying the buds by hanging them upside down for about a week in a room that maintains 50% humidity and a consistent temperature of 70 degree Fahrenheit and then sealing the dried buds in wide-mouthed jars in ambient surroundings of 70 degrees Fahrenheit and between 60-65% humidity.

Despite the edginess of its name, Green Crack is more likely to make users energized and inspired than strung out and manic. Providing the best of what sativa varieties have to offer, it’s a great strain for enhancing your appreciation of your surroundings or simply as a way to help you get up and go. It’s also unique in its potency — even for more experienced cannabis fans, a little bit of this controlled substance can go a long way.

DabJuice works closely with local regulators, and authoritative bodies to produce the safest, and best products in the industry. So – While some of our products contain cannabis, and some do not contain cannabis itself, the close association between terpenes and the flagrant inconsistency in the modern marijuana industry could potentially give the wrong impression of our business habits. We conduct our business as a modern institution, adhering to the highest manufacturing standards. Regulation is prioritized, our work is performed under standard operating procedure, and all employees follow careful protocol.

We maintain high criteria concerning product consistency, facility cleanliness, and customer relations. All of our sustainably sourced products are cared for with knowledge and expertise, ensuring correctness and reliability. It is our goal to meet and exceed the hopes of all our customers and clients in matters concerning both our business and theirs.

For more information about our S.O.P (Standard Operating Procedures) – please visit us here at: https://dabjuice.com/standard-operating-procedures/

Storage Requirements
Keep in original container, lid securely tightened and away from heat, open flames, sunlight, combustible materials and hot surfaces. No Smoking. Store below 15℃ (60℉). Improper storage can cause terpenes to degrade.

Dilution
Terpenes must be diluted prior to use. (1-5% by total volume). Terpenes are oil soluble and mix well with plant extracts, coconut oil, and more.

Handle With Care
Can cause skin irritation, do not use PRIOR to dilution.

WARNING
This product is intended for use only by adults 21 or older. This product is not to be used with tobacco or nicotine products. Consumers should determine and conduct their own safety standards and testing. Avoid contact with the skin, eyes, wood surfaces and fabrics. Keep out of the reach of children and pets. Do not use if you are pregnant, nursing or a person with or at risk of serious health conditions including but not limited to: heart disease, high blood pressure, diabetes or a person taking medicine for depression or asthma. Smoking and vaping may cause health problems. Discontinue use and consult your doctor if an adverse reaction occurs. This is not a smoking cessation product. This product has not been evaluated for safe use in e-cigarettes or any vaping application where the product(s) is/are intentionally vaporized and inhaled.

Nutritional Statement
DabJuice Inc, certifies that, to the best of our knowledge, the product listed above does not contribute to the nutritional value of flavors due to their extremely low usage levels and therefore falls under the nutritional labeling exemption defined in Section 101.9(a) and (j) of Title 21 of the Code of Federal Regulations.

Testimonial Disclaimer
In accordance with the FTC guidelines concerning the use of endorsements and testimonials in advertising, please be aware of the following:

Testimonials appearing on this website are received in various forms via a variety of submission methods. The testimonials reflect the real life experiences of individuals who used our products and/or services. However, individual results may vary. We do not claim, nor should the reader assume, that any individual experience recounted is typical or representative of what any other consumer might experience. Testimonials are not necessarily representative of what anyone else using our products and/or services may experience.

The testimonials displayed are given verbatim except for grammatical or typing error corrections. Some testimonials may have been edited for clarity, or shortened in cases where the original testimonial included extraneous information of no relevance to the general public. DabJuice Inc, is not responsible for the opinions or comments posted on this website, and does not necessarily share the opinions, views or commentary of postings on this website. All opinions expressed are strictly the views of the poster or reviewer.

Testimonials on this website are not intended, nor should they be construed, as claims that the products or services mentioned can be used to diagnose, treat, cure, mitigate or prevent any disease. To the contrary, our products are not intended to diagnose, treat, cure, or prevent any disease. No testimonial has been clinically proven or evaluated, and no health, functional or structural claims whatsoever were made and no statements on this website have been evaluated by the FDA or any other regulatory agencies. 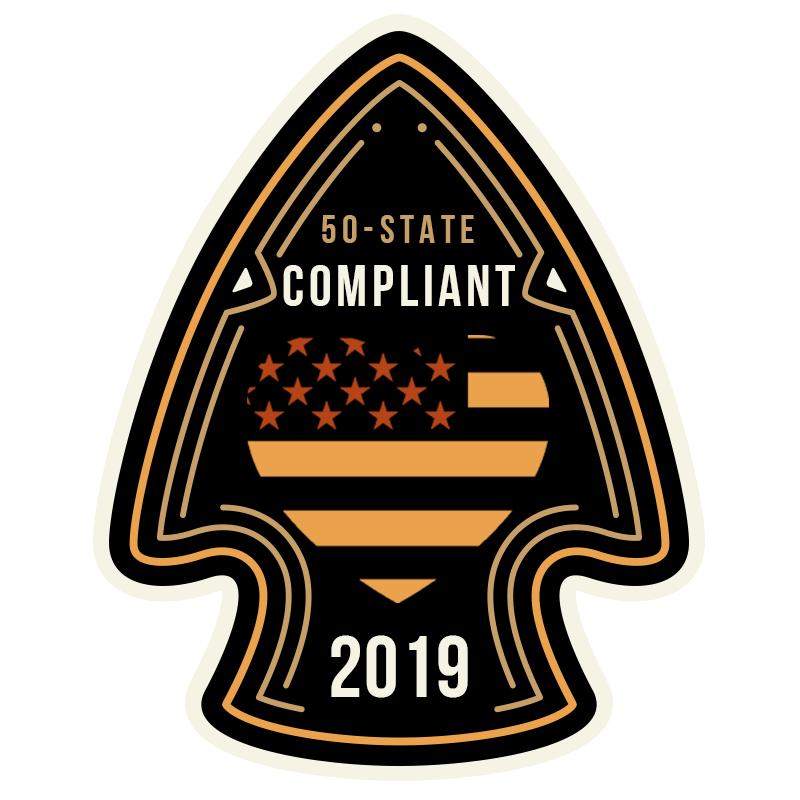 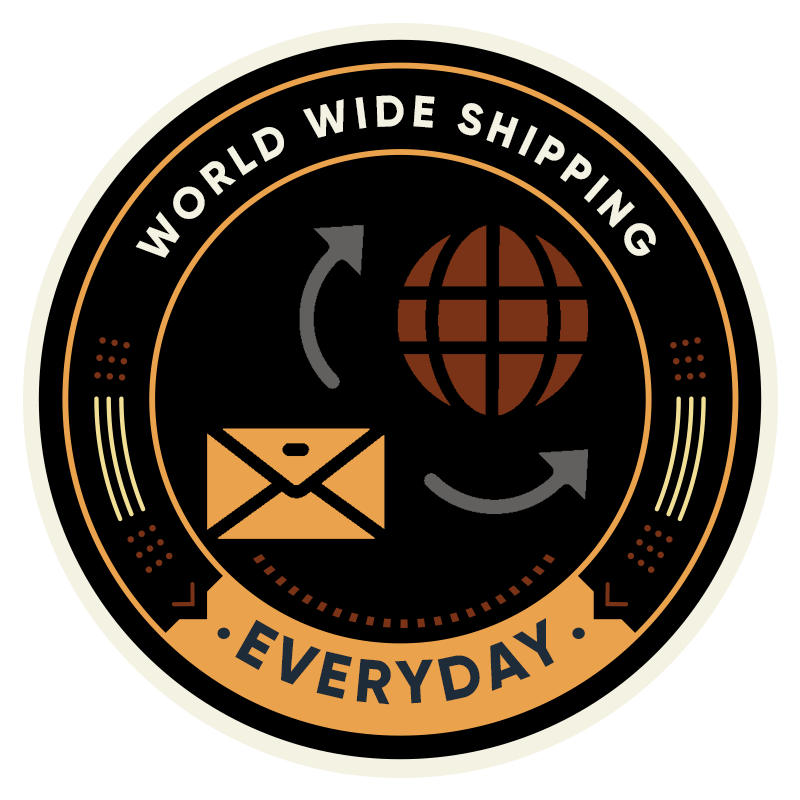 Our products are shipped world wide with NO Minimum order. 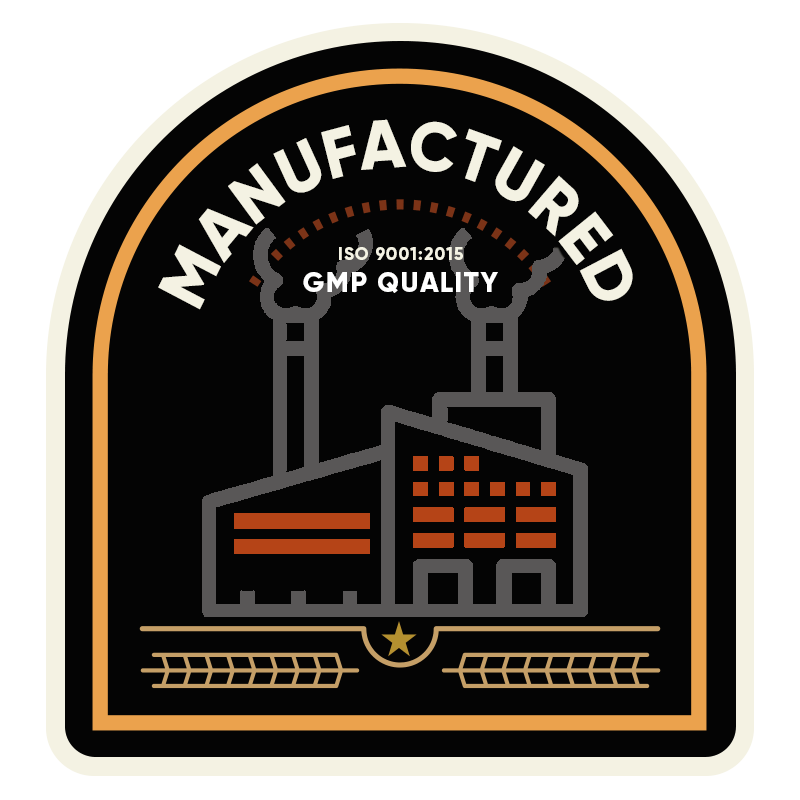 Blended in an ISO certified facility and fulfilled to GMP standard 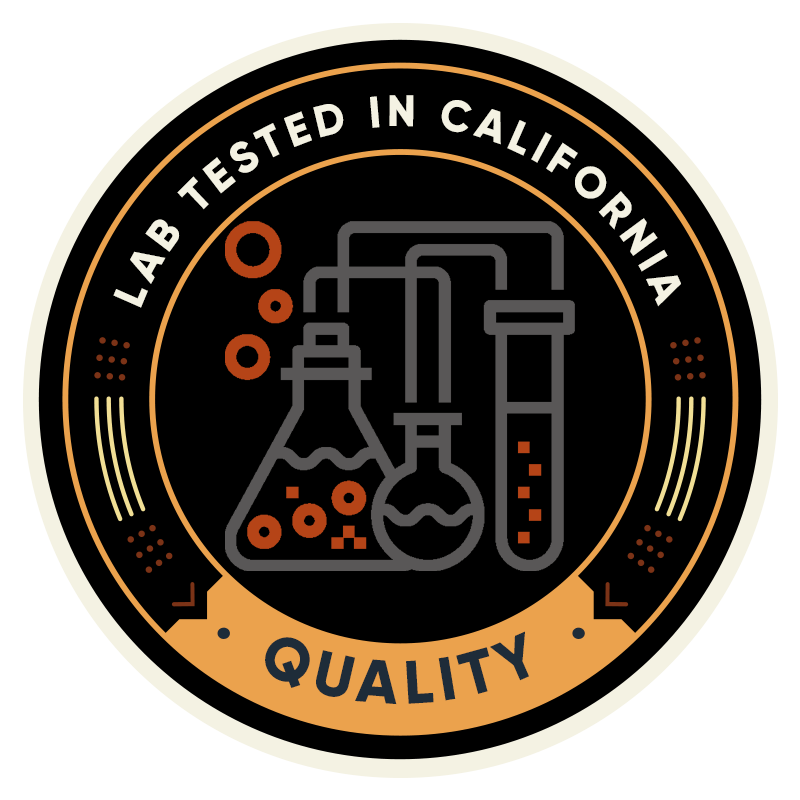